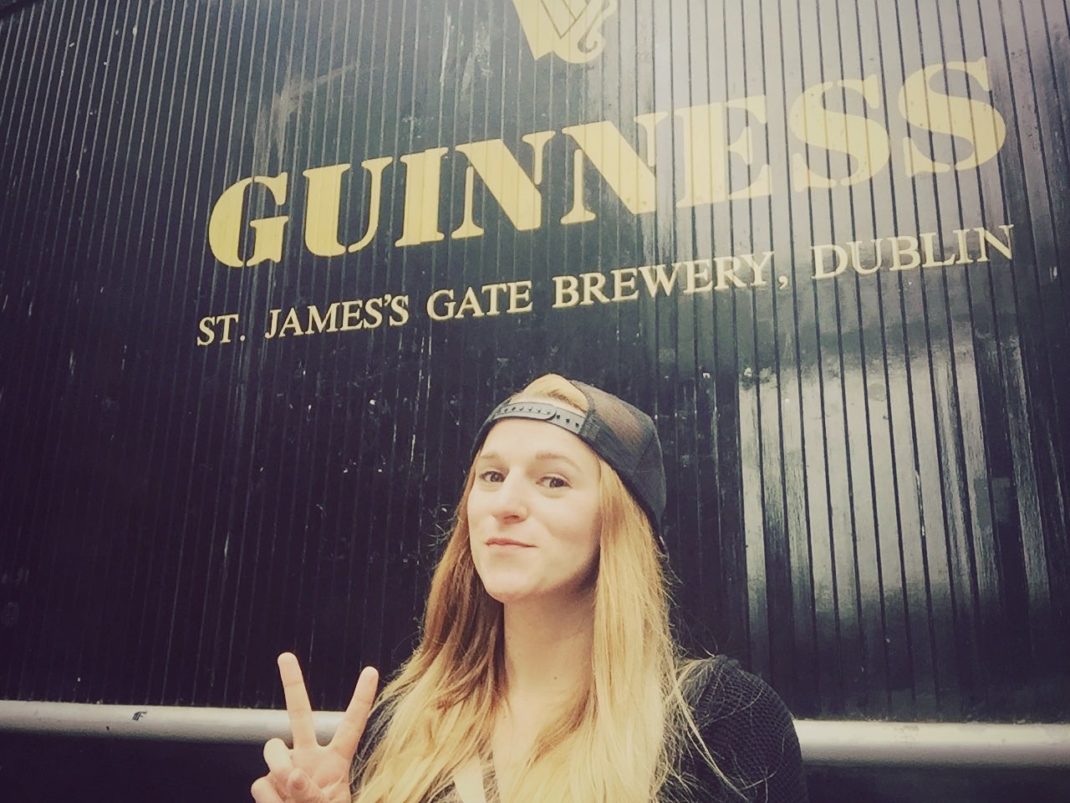 I interviewed Ellen in July 2016. At the time she was 28 years old and had worked at aupairworld.com since about 5 years. During this time she had heard a lot about the topic “Au Pair” which has led her to the idea to try it herself!

In March 2016 she became an Au Pair for a family in Dublin. She was looking after 2 children of the age 4 and 6.

How did you decide to be an Au Pair?

My story may be a little different. The reason I had this idea is because I work for AuPairWorld. I did hear about the topic beforehand, but back then I did not think about it further.

Would you say that due to your work at AuPairWorld maybe you were better prepared than other girls/boys?

Yes, in the sense that I had a lot of information, but there are some things you can´t really prepare for. For example homesickness or how it really is to live with a “random” family. 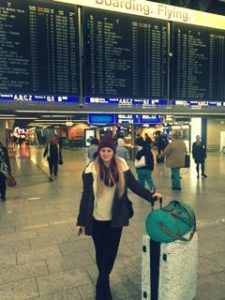 Were there situations that surprised you?

I did underestimate homesickness. Also being an Au Pair is very different to any other job. I couldn´t live with this family if they would treat me like an employee. For example if I have difficulties with the kids during the day, I have a chat to the parents at night. They always take the time to listen to me.

How did you deal with homesickness?

In the first week the family asked me if I was homesick and we talked very openly about it. I also spoke to friends and my boyfriend. But what helped me the most was going out and doing things.

Were you set on going to Ireland?

I knew that I wanted to be in an english speaking country in the EU. I had always been interested in Ireland. So my choice was quite easy.

What are differences between Germany and Ireland?

I would say there are not that many. I do miss a few products when it comes to food, but generally speaking, food in Ireland is not too different compared to Germany. People are a bit more open minded I´d say. They really are funny and friendly! Religion still plays a role, a lot of them are catholic. I did not deal with culture shock, I guess there are not enough differences when it comes to that.

Is it easy to make friends?

Yes, especially in Dublin, as it is a multi-cultural city. There are many Au Pairs and students, but to get in touch with the locals is easy too.

Do you think one should organise their stay by themselves or go with an agency?

I believe it depends on the person. Within the Eu, I don´t think you need an agency. I could imagine though, that some girls book an agency because they want support. If you organise everything yourself you can test your independence and you have a greater selection of families. You have more freedom and choice when it comes to geographics and other criteria. I could imagine though, that if someone wants to go to Australia that an agency gives a sense of security. It really comes down to the individual choice, but I knew that I would go without an agency.

How did you do your search?

I honestly didn’t speak to many families. Due to the fact that I openly said that I will blog and vlog about my stay, quite a few families were out the picture. I was in touch with about 3 or 4 families, but it became clear quickly that I would match with my current family. We spoke on Skype about 3-4 times and then decided that I would fly to Dublin.

In the morning I have a few household tasks. At 12.30 I go and pick up the kids and then I am with them until about 6pm. In the afternoon we usually go to the park or have a play date. I don´t have to cook much, because my host mum does most of that. Weekends are usually off, I sometimes babysit on saturday evenings.

How much does an Au Pair earn in Ireland?

It depends on how many hours someone works, but generally speaking about 400 Euro per month for about 30 to 35 hours per week.

Is that enough money?

Dublin is quite an expensive city. Since I live with the family and I also do not have to pay for food, I do save a lot of money. But I do need to make sure I get by with the money I get. I think it´s actually a good idea to have some savings before you arrive. That way one is not so dependant on only the pocket money. I also always say: bring cosmetics, shower gel etc from Germany because it is quite pricy here.

Do you travel a lot?

I do one weekend trip per month. Ireland is not too big, so from Dublin you can easily reach other places within a few hours. I´m also quite lucky in the sense that my host family gives me the opportunity to sometimes take a friday or a monday off. 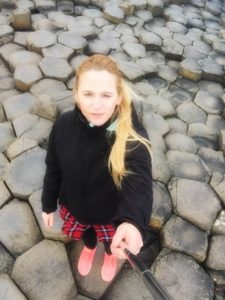 Do you go to language school?

Yes I go twice per week.

Do you recommend that?

I think it depends on the english level you have and whether you want to go for certification. For me it was great, because i left school a few years ago and needed a refresher, but I would say that you learn more in everyday life than in the course.

What have you learned so far from being an Au Pair?

Even though I am pretty settled with my life in Germany, I must admit that I did learn a lot about myself. There are quite a few challenges in this job. For example when the kids miss their parents or when there is a conflict and they simply do not listen. You realise how you grow with these situations and that is a fantastic feeling. In the beginning I was quite nervous, but over time I realised I can do this. 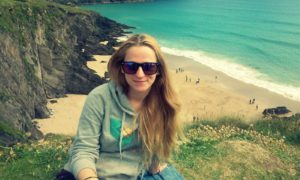 Do you think it´s better to be an Au Pair before or after you go for further education?

Again, this depends a lot on the person. If you do this after you finish your study, you still learn a lot like you see in my example. However if you are finishing school and you are ready to go, I think that has a lot of advantages too. I think it´s a challenge that will make you stronger for the rest of your life. You learn a new language and you take a lot of responsibility. I think if you can do this at a young age, a lot of situations in the future will seem much easier to you.

What was your best moment so far?

With the family: the moments with the children when you see and feel how much you mean to them.

Free time: when I´m on the road to discover the country.

What´s your opinion on “Au Pair and boyfriend”?

I spoke to my boyfriend back home before I left and we decided to visit each other regularly. That was a great decision because it made the time in between much easier. We also Skype every week. We also message on whatsapp, so we are part of each others daily life. But I think everyone needs to decide what works for them.

Do you have advice for new Au Pairs?

Most important for me is that I get along with the family. Hence my advice is to get to know the family as best as you can before you match. I skyped several times with the family and had a good feeling about them. Apart from that it is very important to make friends when you get here. You can connect to other people through Facebook groups or you can join a club in your community.

Would you recommend the Au Pair year?

Yes for sure. This is an experience you only make once. You learn and grow more than I expected. I think it´s one of the best things you can do in your life.